*Welcome to the second installment of my "Mongol Conquest of..." series, where I present in gruesome detail the many campaigns, subjugations, and atrocities committed by the Mongol peoples in the 13th and 14th centuries. Make sure to read up on my history of the conquest of China, just to whet your appetite for all the violence and bloodshed that the Mongols do so well.*

Before Genghis Khan and his crew got too involved with the Chinese, he looked at Central Asia as the ideal place to increase their wealth, expand their landmass, and get some good horse meat and pilaf. With part of the Silk Road already conquered after the fall of dumb stupid Xi Xia in 1209, the Mongols took a roadtrip west, slashing necks and taking scenic routes as they went along. The biggest obstacle in their way was the Khwarazmian dynasty, notable for their humble beginnings as Turkic slaves, and for being the only word in most encyclopedias' "Khw" section. The Khwarazmians were what smart people call a "Persianate" society, where they ruled over Persia (present-day Iran), displayed many characteristics of Persian culture and customs, emanated that typical Persian odor, but weren't actually Persian (although the Turkic smell isn't any less pungent). After throwing off the rule of the Seljuq Empire in 1194, Khwarazmian ruler Ala ad-Din Muhammad II used his magic genie and flying carpet to expand his territory from his capital of Urgench into most of Central Asia and Persia (fig.1 left), effectively becoming the next Persian shah (their fancy word for "king"). As to be expected, the Khwarazmid Empire got pretty full of themselves with this new-found power, and that's exactly the type of attitude the Mongols loved to exploit.

Believe it or not, Genghis Khan honestly tried to be a nice guy at first. Locked in an extended war with the Jin Dynasty in Northern China, the Mongols were willing to establish an alliance with the Khwarazmians in order to trade goods and juicy gossip on a regular basis. Ala ad-Din Muhammad II, never a very trusting man (his ex-girlfriend Jasmine once cheated on him with a certain Prince Charming), arrested a Mongol caravan of 500 men sent by Genghis in order to set up diplomacy. When a Mongol envoy arrived later to explain the classic 90s sitcom misunderstanding, Muhammad not only had him put to death, but the entire caravan as well (if only the same happened to Kimmy Gibbler). This angered Genghis Khan greatly, normally not a chore in itself. In 1219, he decided to assemble a force of 100,000 to 150,000 to invade Central Asia and teach those Persian wannabes a lesson in manners (which is saying something since, to this day, Mongolians still eat everything using their hands).

Genghis was learning a lot in his prerequisite course in China, and came prepared for his upper-level challenge against the Khwarazmians. Skills acquired included: an increasing knowledge in siege warfare, useful against the walled cities throughout Central Asia that accounted for several lost baseballs over the centuries; a new emphasis in medical care from captured Chinese doctors, whose efforts saved lives and took care of those pesky bunions from tired Mongol feet; and, most ominously, the increasing use of the new technology of gunpowder, which the Mongols liked to pack together and hurl willy-nilly at enemies for explosive results. On the other hand, Muhammad II didn't even bother to read the syllabus, and solely relied on outdated rumors from the Jin saying that the Mongols couldn't even lay siege to a rice paddy. He figured that dividing his army between his many fortifications and telling them to screw around on GTAV in their dorms until this whole thing blew over was the best/funnest way to go.

The cracks in the plan started to show when it only took Genghis five months to capture the border town of Otrar, where his caravan was originally arrested and executed; the Mongols repaid the debt by killing the majority of the inhabitants and enslaving the rest. The same occurred with Bukhara, the empire's economic and cultural hub, meaning investment bankers and hippie poets finally stood side by side... before they were equally beheaded by Mongol scimitars. Genghis played in to the region's adherence to Islam by telling them he was the "Flail of God" come to punish them for their sins, making the civilians wonder why he couldn't be the "Giant Teddy Bear of God" instead. The next target was the largest city of Samarkand, where Shah Muhammad II finally decided that it was time to cram for that midterm. He rode to the city during to siege in order to give a boost to the defenders. It appeared to work, making the Mongols retreat in uncharacteristically pansy-ish fashion. But when 50,000 Khwarazmian soldiers were sent outside the city walls to make sure the coast was clear, Genghis' army suddenly returned from hiding and slaughtered the army in open combat (exactly why you shouldn't check to see what that noise is in the middle of the night). The city surrendered in 1220 and was met with the same fate as the rest, their heads piled up into a giant pyramid (forcing the Egyptians to say, "You're doing it wrong").

The shah decided it was time to withdraw from the course, but it was well past the registration deadline, and both he and his scholarships died on the beaches of the Caspian Sea. The capital of Urgench was now wide open for the taking, and Genghis sent his oldest and most loyal son, Jochi (fig.3), to take care of business. Hoping to further win his father's latent affections, Jochi fought hard, overcoming a marshy landscape problematic for sieges, gritty urban street fighting, and an inner-complex of self-doubt based on not being hugged enough as a child, to take the city. But his need for security and affirmation of ability led him to try to savage the city and its people for his own personal rule; of course, this was in conflict with his father's philosophy of making monuments of human skulls. So Genghis sent his third son, Ögedei, to finish the job, killing the city's million residents in one of the largest massacres in history. But the true massacre was to Jochi's feelings, who not only watched his little brother destroy his city, but later take his place as Genghis' favorite son and successor in 1223. Jochi would eventually disappear to rule Mongol lands in Siberia, where his tears would lay frozen on his face even after he died in 1227.

The destruction and massacre of Urgench opened the door for other areas in Central Asia to have some destruction and massacres of their own. Great cities such as Merv, Nishapur, Herat, and Bamiyan were lucky enough to be listed as tour stops for "The Mongol Experience," which often took much longer to recover from than a Phish concert. Muhammad II's son, Jalal ad-Din Mingburnu, caused some problems for the Mongols every now and then, even defeating them handily at Parwan in present-day Afghanistan. (What? Mongols defeated? That's not true! That's impossible!) He would unite many Persians to stand up against the Mongols, especially in 1227 when Genghis Khan died in some epic way that hopefully wasn't just falling off his horse. But newly promoted Ögedei was up to the challenge, and smooched those rebellions like a foot in a cupcake. Mingburnu died in 1231, most of Persia submitted to Mongol rule by 1237, and the Khwarazmian Empire became a part of unpronounceable history.

While not the most glamorous conquest the Mongols ever pulled off, Central Asia established many of the tactics that would continue to bring them success in future invasions, as well as had them foot the biggest dry cleaning bill in history in order to get all that blood out of their uniforms. On the other hand, the situation with Jochi and Ögedei set up the precedent of brotherly rivalry which would eventually create rifts in the empire. In the 1250s, Hulagu, a grandson of Genghis and brother to China's ruler Kublai Khan, would take over the region and establish the Ilkhanate (the illest khanate around). He made it clear that his own interests came first, and would openly fight with Mongol cousins about more pressing matters than who gets Grandma at their graduation. These family squabbles broke the Mongol Empire apart, and isolated each faction so that their influence disappeared by the end of the 14th century. But hey, let's not get ahead of ourselves! There was plenty more conquesting to do before that point, so join our Mongol heroes next time for: 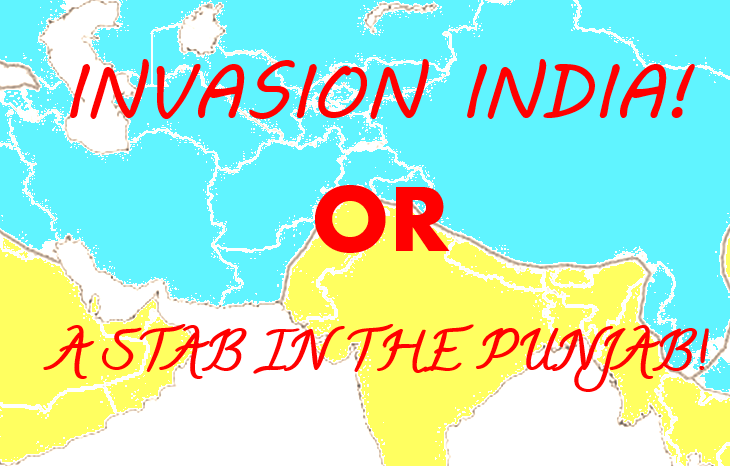