Among the funny-sounding wars in Ancient history, the Punic Wars always win out (hehe...Punic), but perhaps more costly and ground-breaking is the Peloponnesian War. This fight to the death between Athens and Sparta in the 5th century prior to the first baking of doughnuts (which scholars refer to as Before Crullers, or BC) devastated Greece and its colonies, and practically ended the Greek Golden Age of literature, philosophy, athleticism, and binge drinking that we commonly associate with the era. What's worse is that the conflict played out pretty much like a high school quarrel: one person said something bad about another behind their back, causing both sides to involve all of their friends in the feud, which effectively ended any hope for a quick peaceful resolution without someone getting sweet potato casserole dumped over their head in the cafeteria. And let me tell you, that stuff does not get out of your hair easily at all.

While Ancient Greece was never a single political entity, since it was composed of city-states who preferred to do their own thing, inter-Greek fighting really wasn't too big of a problem before 500 BC. If two city-states had a disagreement, there might have been some minor skirmishing, maybe some destruction of agriculture, and at the very worst an extremely heated game of Mario Kart, but never a full-blown war. The Persian invasion in the early 5th century BC changed the way the Greeks fought: they were forced to band together and kill their enemies on a large scale. This was rather traumatic at first for those young innocent Greeks, but they soon became hardened to the gruesome realities of war, and were chopping out the entrails of felled Persians like men in no time. Of course it was only a matter of time before the Greeks would use this style of warfare on each other. And no one wanted to be around when it was time for it to go downtown like that! (That's what the kids are saying nowadays, right?)

The city-state that garnered the most animosity after the Persian War was Athens. Since they were the self-proclaimed Danny Zuko during the war, Athens benefited most from the spoils, thanks in part to their shiny new navy that they then used to boost their economy through trade and tourist traps like whale-watching. They even created an alliance of coastal and island city-states called the Delian League (fig.2), whose wealth Athens used to leach off of in order to afford all those marble statues of naked guys fighting lions and stupid things like that. Some rebelled, but were brought back in line quicker than folks with a sweet-tooth on free gelato day. Athens also brought their famous style of democracy to those within their fold, whether they liked it or not. Hmm, sounds like some other democracy that insists on asserting their authority where it really doesn't need to nowadays. Oh great, now the NSA is at my door. What I meant to say is that democracy is great, and everyone should try it! There, happy?

This put the Delian League in competition with the already-established Peloponnesian League, based in the Peloponnesus on the southern Greek mainland. The dominant power of Peloponnesian League was the city-state of Sparta. Now, I know you're expecting me to make some dumb 300 reference, like how Spartans enjoy kicking people into bottomless pits while letting them know of their current location, but that's just too easy and overdone. I'm far more topical than that (which will be undermined one I make a lame Battlestar Galactica joke). Anyway, many city-states opposed to Athens' bullying rallied around Sparta and the Peloponnesian League; indeed there were some skirmishes between the two from 460-445 BC in what historians like to call the "First Peloponnesian War," but this was just an appetizer to what was to come. The Delian and Peloponnesian Leagues signed a Thirty Year Peace in 445 BC, but immediately Vegas began taking bets as to how long it would actually last.

And that's where the high school stuff began. Corinth, a BFF (ally) of Sparta, got in catfight (minor war) with Corcyra, who used to be a protégé (colony) to Corinth, but that quickly ended once Corcyra kept stealing all of Corinth's boyfriends (trading partners). Corcyra turned to Athens for help in 433 BC, and Athens agreed to provide dirty rumors (naval support) against Corinth. This made Corinth totes grumps, and they turned to Sparta to get back at Athens by putting a cockroach in their locker (declaring war), but Sparta decided to stick to the pinky promise (peace treaty) they made with Athens instead. Then there was Potidaea, who were buds with Corinth, but helped Athens by doing their chemistry homework (paid tribute in exchange for defense); both demanded they not speak to the other ever again, and Potidaea's house was eventually egged (besieged) by Athens. And finally, Athens drunkenly shouted at a party (passed a decree) that Sparta's friend, Megara, wasn't allowed to make-out (trade) with anyone with any cute guys (city-states) that Athens had been with, or else they would dye Megara's hair green when they were asleep (don't know the Ancient Greek equivalent to that...but let's say catapult some boulders at them). All of these people that Athens had wronged pressured Sparta to take action, who finally decided to procure that cockroach in 431 BC and begin the real Peloponnesian War!

For being one of the most crucial wars in ancient history, it sure got off to a slow start. Athens was hit by a really bad plague in 430 BC, killing around a third of their population; this included the prominent statesman Pericles, who claimed he had a secret master plan for beating the Spartans all along, but didn't tell anyone that he hid it in his top-right sock drawer. You would think that Sparta would have taken advantage of this major setback in Athens, but just the opposite: Spartans were worried that if they invaded Attica (the region home to Athens), they would get all of Athens' yucky plague germs, and in turn spread it in the Peloponnesus. So it was Athens' boogery grossness that saved them from getting their butts kicked right off the bat, which was not the case for me in fourth grade when I had that weird fungus on the whole left side of my face. Yeah, let's not talk about it.

Even when Athens got over the whole plague thing, the war still never began in earnest. They knew that Sparta was one of the greatest military machines of all time, and figured it wouldn't be a good idea if they tried to meet them in open battle. Sparta was able to focus so much on the army because they relied on slaves called helots (fig.4) to do all of the menial work for them back home, whether it be taking care of the agriculture or messaging their wives' feet. Unfortunately, the helots liked to rebel a lot (they must have been unionized), so the Spartan army couldn't campaign away from home for too long. So what would happen is the Spartans would invade Attica, the Athenians would refuse to come out and fight, so the Spartans would just have fun burning crops and terrorizing the suburbanites, before they would have to head back home to make sure the helots were behaving themselves. None too effective. On the other hand, the Athenians wanted to battle Sparta on the seas, but the Spartans weren't spring chickens themselves and knew they would have a bad time doing that. Sure, Athens scored some victories on coastal Spartan allies, but they were insignificant in the long run. And so neither could win a decisive victory over the other without moving out of their comfort zones, but all of the therapy sessions in the world wouldn't have helped that.

This back-and-forth lasted ten whole years, until Athens and Sparta decided to take a break and figure out where this war was going. The agreement they came up with in 421 BC was called the Peace of Nicias after the Athenian general who negotiated the terms, because the Peace of Pleistoanax (after the Spartan king present on the other side) would have been too silly-sounding and hard to pronounce. Terms of the treaty included a prisoner exchange, the return of all lands captured during the war, an indefinite period of peace, and a provision to make each other breakfast-in-bed in alternating weeks. It was doomed from the start because many of Sparta's allies, like Corinth and Megara, never agreed to the Peace (calling Sparta names like "softipants" and "wussykins" for laying down their arms), and continued the war against Athens. Ironically, the largest land battle fought in Greece during the war (Battle of Mantinea, 418 BC) occurred during this supposed time of "peace." That's the worst peace I've heard of since the Cylons used the forty-year interwar period to prepare for their nuclear attack on the Twelve Colonies! (I warned you that lame BSG reference was coming.)

Of course, this isn't the end of the story. Yes, Virginia: the Peloponnesian War had only begun, and it was about to get really bloody. So please forgive me while I dangle a massive cliffhanger in front of you, and tell you to look out next week for Part Two! 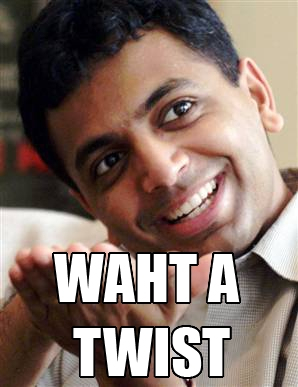